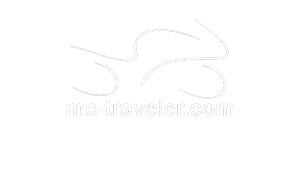 The BMW K1600 GT/GTL is a beast of a bike that requires hefty support to stand up to its size. Weighing in at just less than 800 pounds AltRider’s in-house design team took a careful analysis of the center of gravity and the ability to distribute the robust load on impact. In the case of an accidental tip-over the cross bar distributes the load  from one side to the other relieving pressure from the existing mounting points to the other side of the bike. The connector bar adds significant strength to the design effectively connecting into the threaded and blind boss on each side which provides 2 more locations for distributing impact. The engine protection bars are available in shot peen silver or powdercoat black.

The assembly for these engine protection bars is moved out 1.75€ and up 2€ from the original OEM design. This unique design change was made for two reasons:

1. This design provides a higher resting angle when the bike is on its side allowing a rider to pick the bike up after it falls on its side. Unlike boxer motors the K1600 will lie almost flat making it difficult to even pick up the bike. The higher point of the bar will stop the bike from rolling over further making it manageable for a single operator to upright the bike. This will minimize the damage to the upper fairings windshield mirrors and handlebars.

2. The current OEM engine bars are placed very low on the frame and become a pivot point causing a falling bike to continue to topple over onto the upper fairings. Our design halts this problem with the enlargement of the AltRider bars preventing the bike from rolling over further in any crash or stationary drop.

AltRider Engine Protection Bars will keep your K 1600 in top performance shape while providing the much needed coverage in the case of spills and stationary drops.